A lot of Danes associate an idyllic summer with a stay in one of Denmark's many seaside hotels. With their bright rooms, proximity to beaches, and relaxing atmospheres, the seaside hotels are a desirable experience. On Bornholm you will find several beautiful seaside hotels spread along the coastline. Read more about the island's seaside hotels and book your stay here.

Experience the popular Bornholmer seaside hotels on your next holiday trip to Bornholm.

However small it might be, Bornholm still has lots of hotels. An especially popular type of hotels on Bornholm is the seaside hotel. And we fully understand why. The seaside hotels offer relaxing atmospheres and inviting surroundings, with proximity to the sea.

We at Book Bornholm present three beautiful seaside hotels, spread out along the Bornholmer coastline. Read more about them here and experience genuine seaside hotel settings.

Gudhjem is located on the Bornholmer eastcoast, and slightly south of town - Melsted Badehotel. The seaside hotel is within walking distance of Gudhjem, and it's a given to take a stroll into town, having a bite at one of the many restaurants, and explore the boutiques and the old, meandering streets.

Bornholm's largest city and the island's capital bids you welcome to the west coast. Rønne is just the right size to comfortably explore the town on a bike. In the southern part of the town you'll find Fredensborg Badehotel, and from the seaside hotel there's a 30 minute walk to the city centre, where great restaurants and shops are found.

The history of seaside hotels.

Seaside hotels started appearing in the late 19th century and saw a rise in their popularity by the early 20th century. The guests were mostly people living in the city, who wanted to get out to the coasts to live by the sea for a brief period of time. The locals played their part, as they either worked at the hotels, or handled deliveries to the hotels.

In the beginning of the 20th century. and especially after the first world war, the seaside hotels had their prime. At that time there were over a 100 "badehoteller" (seaside hotels) in Denmark. The interest in these places however, started to cool down a bit after the second world war, with the start of charter travelling around the world. This meant that not as many people stayed in Denmark for their holiday.

The Bornholmer badehoteller came a bit after the wave of interest that was mostly on Jylland. Melsted Badehotel was for example founded in 1932, about 10 years before the trend began to die off.

Inspiration for your holiday on Bornholm

We tell the latest stories from Bornholm and give you tips and guides for your next holiday. 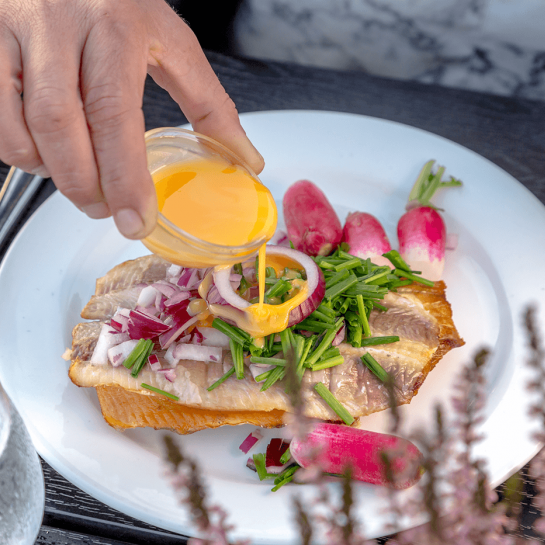 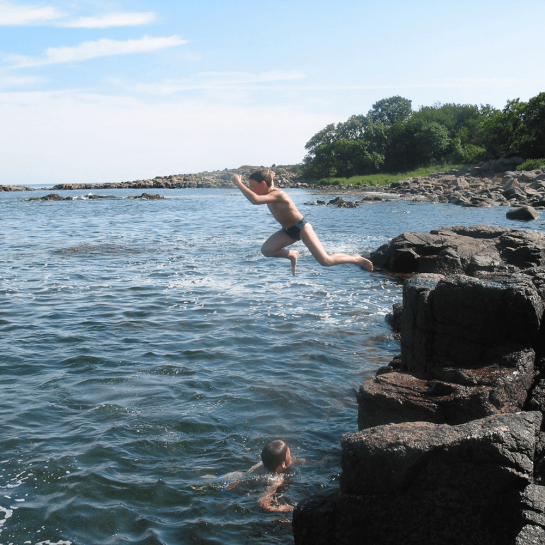 Long, white beaches, or cliffs and hidden gems? There are loads of wonderful bathing spots on Bornholm. Read more about them here. 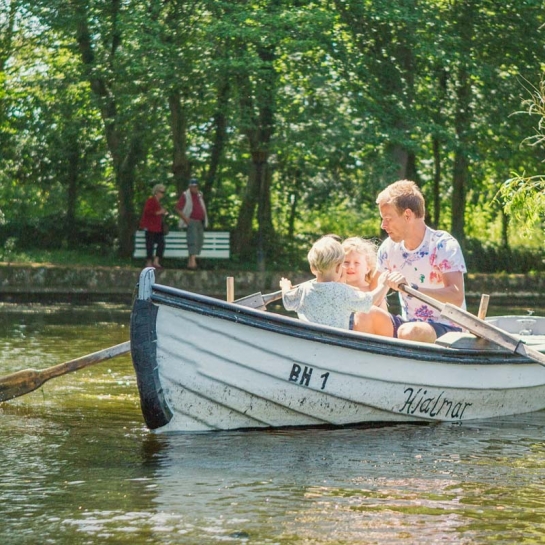 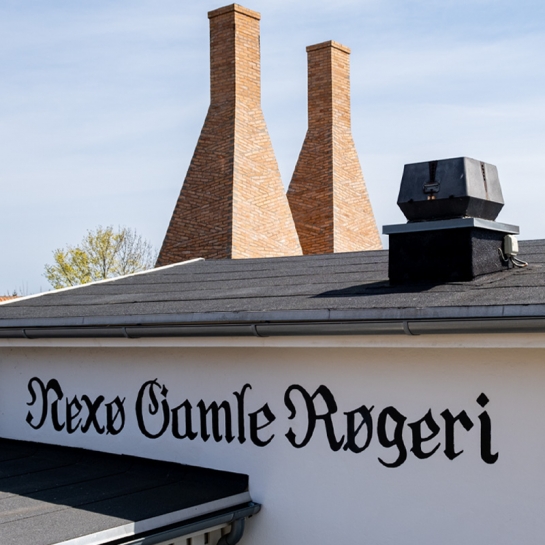 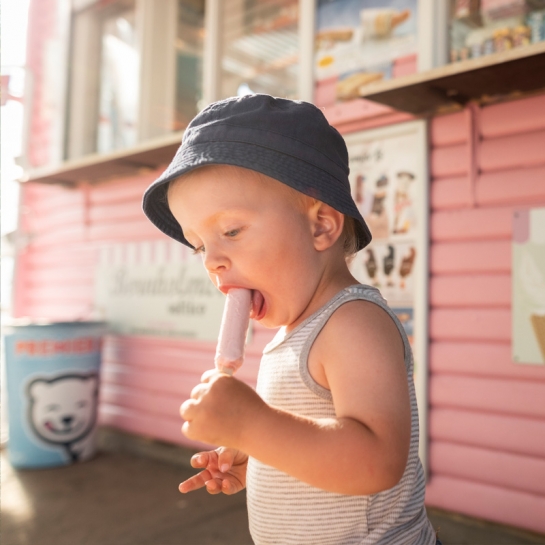 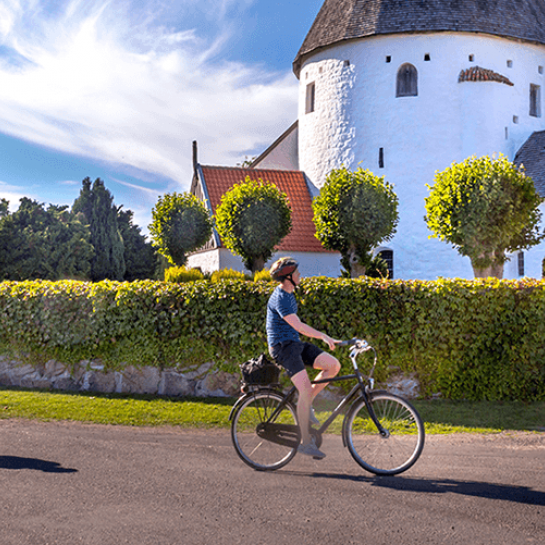 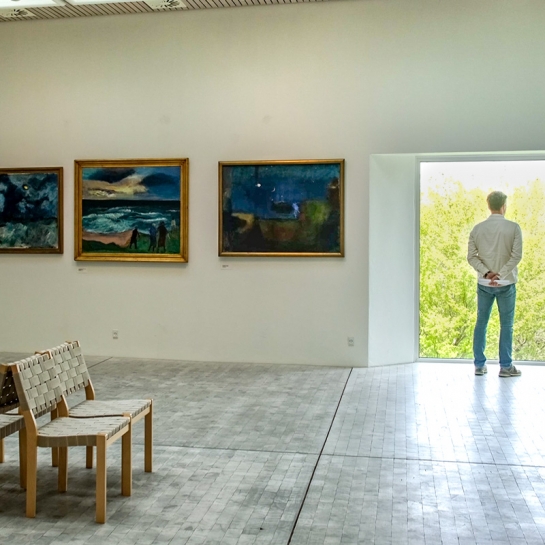 We spent a weekend on Bornholm to find out what you can do and see in 48 hours. Here's our guide. 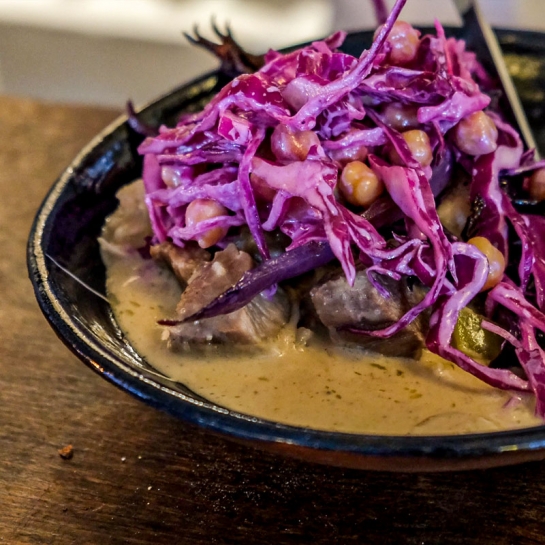